A unique body for the future of
applied behavioural Science 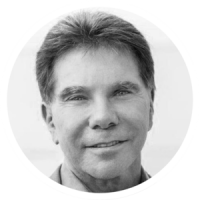 “The need for a professional body of behavioural scientists is great. The resolution in the form of GAABS is inspired.” 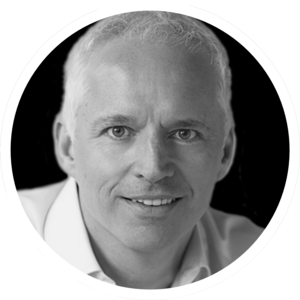 Steve is CEO of INFLUENCE AT WORK UK, Faculty Director of Behavioural Science at Columbia University’s Graduate School of Business and guest lecturer on MBA and Senior Executive Education programmes at the London School of Economics, London Business School and Harvard. He is also a Royal Society nominated author in the field of influence and persuasion science. 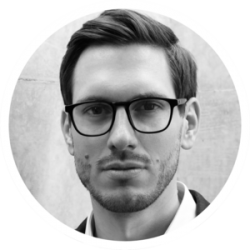 Torben is Founder and Managing Partner of AFFECTIVE ADVISORY, the author of the D.R.I.V.E.® Framework for applied behavioural science in strategy and public policy and a seasoned lecturer, keynote speaker and trainer in behavioural science and consumer psychology. He holds an Executive MSc in Behavioural Science, a MSc in International Business and a BA in Economics. 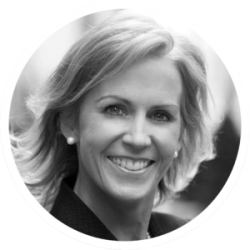 Nuala is Founder of MINDEQUITY, Vice-Chair of UNWomen (UK), board member/advisor at The Football Association, TSLombard and World Athletics. She is an award-winning former Chief Marketing Officer with decades of applied Organisational and Consumer Psychology experience at Standard Life Aberdeen, Merrill Lynch, Blackrock and PA Consulting. Named amongst Top 100 Most Influential Women in Finance. She holds a MSc in Behavioural Science, Masters in Business, BA in Philosophy, and has studied Criminal Psychology 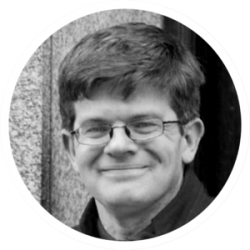 Liam is Professor of Behavioural Economics at UCD and incoming head of the LSE Department of Psychological and Behavioural Science. A former Fulbright and Marie Sklodowska Curie Fellow, he has been Deputy Director of the UCD Geary Institute and Deputy Dean of Stirling Management School and has published widely in both economics and psychology journals 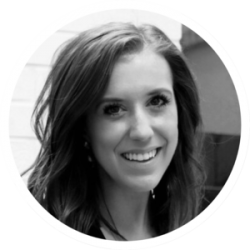 Madeline is a director and co-founder of SALIENT BEHAVIOURAL CONSULTANTS. She holds an Executive MSc in Behavioural Science from the London School of Economics, a CFA Charter, and Bachelor degrees in Finance (B.Comm) and Psychology (B.A.). Previous experience spans private, public, and not-for-profit organisations, specialising in fintech, energy, and risk management. Her primary research investigates the impact of mindfulness meditation on financial decision-making. 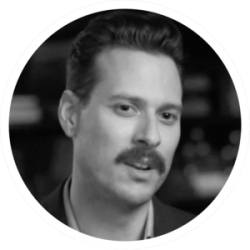 Nick is Chief Behavioral Scientist at THE BEHAVIORIST and Director of Behavioral and Data Sciences at Potential Project International. He has served as visiting professor of various Universities over the last 10 years. His award-winning research has been published in top science journals. He’s also written for top media outlets including Business Insider, Forbes, Inc, The Atlantic, Psychology Today, and his work has been featured in New York Times, Harvard Business Review, NPR, and Time. 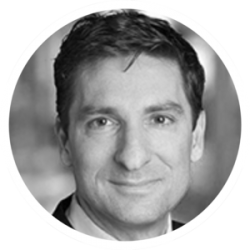 Tobias is a partner in BAKER MCKENZIE’S Zurich office. He has significant experience in Swiss and international tax planning matters, is a lecturer in tax law at Zurich University and Zurich University of Applied Sciences, and a frequent speaker at national and international conferences. Further, Tobias is also a judge at the Zurich Court of Tax Appeals and a regular author on taxation. As a member of the Baker McKenzie EMEA VAT Steering Committee he works closely with the EMEA and global VAT practice. He is a keen advocate of behavioural science in law and tax. 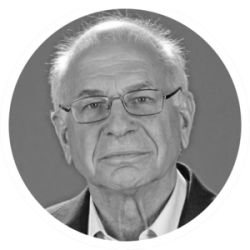 Daniel Kahneman is Professor of Psychology and Public Affairs Emeritus at the Woodrow Wilson School, the Eugene Higgins Professor of Psychology Emeritus at Princeton University, and a fellow of the Center for Rationality at the Hebrew University in Jerusalem. Daniel is a member of a broad variety of association in science. He has been the recipient of many awards, among them the Distinguished Scientific Contribution Award of the American Psychological Association (1982) and the Grawemeyer Prize (2002), both jointly with Amos Tversky, the Warren Medal of the Society of Experimental Psychologists (1995), the Hilgard Award for Career Contributions to General Psychology (1995), the Nobel Prize in Economic Sciences (2002), the Lifetime Contribution Award of the American Psychological Association (2007), and the Presidential Medal of Freedom (2013). Daniel holds honorary degrees from numerous Universities. 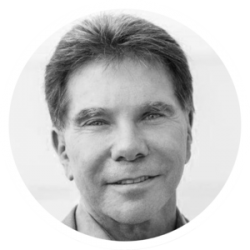 Emeritus Professor Robert Cialdini has spent his entire career researching the science of influence earning him an international reputation as an expert in the fields of persuasion, compliance, and negotiation. His books are the result of decades of peer-reviewed research on why people comply with requests. He received world-wide recognition of his cutting edge scientific research and ethical business and policy applications. Robert received his doctorate from the University of North Carolina and postdoctoral training from Columbia University. He has held visiting scholar appointments at Ohio State University, the University of California, the Annenberg School of Communications, and the Graduate School of Business of Stanford University. Currently, Robert is Regents Professor Emeritus of Psychology and Marketing at Arizona State University. He is CEO and President of INFLUENCE AT WORK. 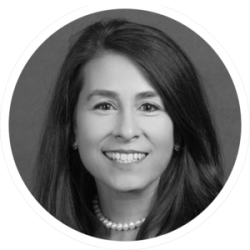 Jennifer Lerner is the Thornton F. Bradshaw Professor of Public Policy, Decision Science, and Management at the Harvard Kennedy School and Co-Founder of the Harvard Decision Science Laboratory. She is the first psychologist in the history of the Harvard Kennedy School to receive tenure. Jennifer also holds appointments in Harvard’s Department of Psychology and Institute for Quantitative Social Sciences. In addition to her roles at Harvard, Jennifer served in a Pentagon assignment from 2018-2019 as the Navy’s first Chief Decision Scientist and as Special Advisor to the U.S. Chief of Naval Operations. Among other honors, Lerner received the Presidential Early Career Award for Scientists and Engineers (PECASE). She has also received the National Science Foundation’s (NSF) Faculty Early Career Development Award and the National Science Foundation’s “Sensational 60” designation. 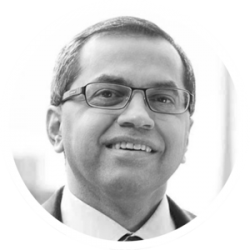 Dilip Soman is a Canada Research Chair in Behavioural Science and Economics, and serves as a Director of the Behavioural Economics in Action Research Centre at Rotman [BEAR]. His research is in the area of behavioural science and its applications to consumer wellbeing, marketing and policy. Dilip is also interested in research on poverty, global health, education and development in the global south. He is the author of “The Last Mile“ and teaches a massive open online course “Behavioural Economics in Action” on EdX. He has also served as the inaugural director of the University’s India Innovation Institute, and as a scholar in residence and a senior policy advisor in the Government of Canada’s Impact and Innovation Unit. Furthermore, he serves as advisor to a number of welfare organizations. 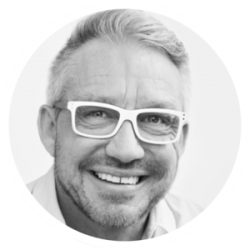 Paul Dolan is Professor of Behavioural Science at the London School of Economics. As a leading figure in Behavioural Science, Paul is currently Professor of Behavioural Science at LSE, former Faculty Director (2014 -2020) and has been a visiting scholar at Princeton University. His main research interests are in the measurement of happiness and in changing behaviour through changing the contexts within which people make choices. He has over 100 peer-reviewed papers and nearly 20,000 citations. He is author of the Sunday Times best-selling book “Happiness by Design”, and “Happy Ever After”. He has worked extensively with policy-makers, including being secondment into the Cabinet Office to help set up the “Nudge Unit”. He has featured on a number of TV programmes and is committed to making behavioural science more accessible to a public audience. 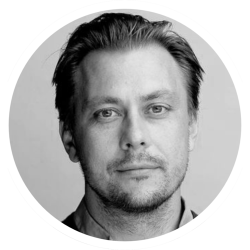 Pelle Hansen is Behavioural Scientist at Roskilde University. He is also the Director of ISSP – The Initiative of Science, Society & Policy at Roskilde University and University of Southern Denmark. Additionally, Pelle is founder and Chairman of the Danish Nudging Network, founder of TEN – The European Nudge Network, and CE of iNudgeYou – The Applied Behavioural Science Group. Pelle was awarded the Ph.D. degree from Roskilde University in game theoretical modeling of social conventions and norms in 2010. Since then he has worked with real world applications of Behavioural Economics, especially with ‘nudge’-interventions, within a wide range of areas from bank-mobility and conformity to tax regulation over organ-donation and street littering to registration processes within Danish Business Authorities. Pelle is co-author of the books „The Blind Spots of Enlightenment“ and „Infostorms“. 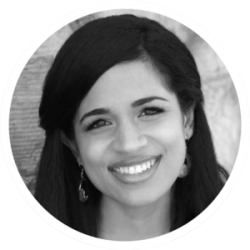 Maya Shankar is currently Google’s Global Director of Behavioral Economics. Prior, Maya served as a Senior Advisor in the Obama White House, where she founded and served as Chair of the White House’s Behavioral Science Team — a team of scientists charged with improving public policy using research insights about human behavior. In 2016, Maya served as the first Behavioral Science Advisor to the United Nations under Ban Ki-moon. Maya completed a post-doctoral fellowship in cognitive neuroscience at Stanford, after receiving a Ph.D. from Oxford on a Rhodes Scholarship and a B.A. from Yale in cognitive science. She has been profiled by the New Yorker and has been featured in the New York Times, Scientific American, Forbes, and on NPR’s All Things Considered, Freakonomics, and Hidden Brain. 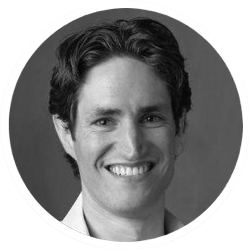 Adam Alter is a Professor of Marketing at New York University’s Stern School of Business, with an affiliated appointment in the New York University Psychology Department. Adam’s academic research focuses on judgment and decision-making and social psychology, with a particular interest in the sometimes surprising effects of subtle cues in the environment on human cognition and behavior. His research has been published widely in academic journals, and featured in dozens of TV, radio and print outlets around the world. He received his Bachelor of Science (Honors Class 1, University Medal) in Psychology from the University of New South Wales and his M.A. and Ph.D. in Psychology from Princeton University, where he held the Charlotte Elizabeth Procter Honorific Dissertation Fellowship and a Fellowship in the Woodrow Wilson Society of Scholars.
Apply Now